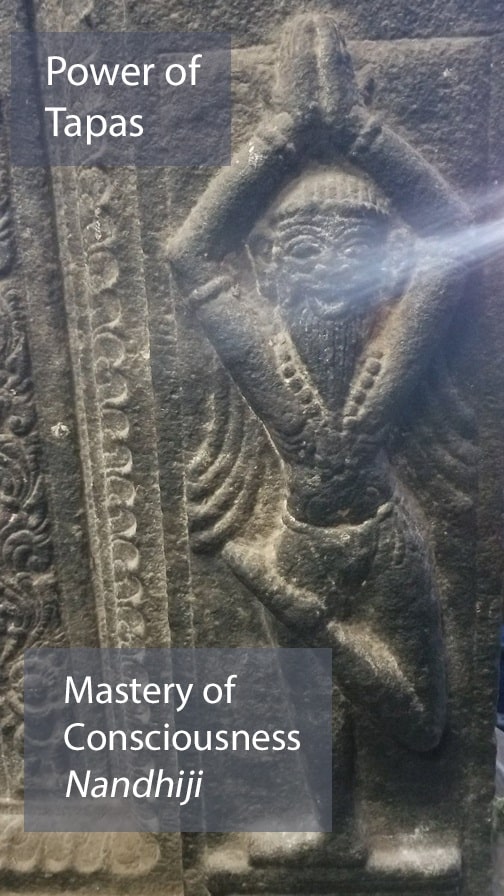 A yogi is a natural achiever and a leader by way of accomplishment. One of the benefits of yoga in life realities is the ability of a yogi to do exceptionally difficult tasks. This amazing ability of a yogi is attributed to enduring focus, indomitable will power, sheer discipline and grace of Source connectivity.

This empowerment of yoga practice comes from Tapas/ Tapasya. (Meditative fires infused with intense self-discipline that transforms and purifies us.)

In numerous stories of India, individuals seeking supernatural powers, a specific reality, special strength or ability, they set out to the solitude of the forests and caves. They then undertake intense tapas, wherein the seeker observes unwavering focus invoking the Divine with intent. With constant unbroken mantra recitation and observing self-control, disciplines and austeries of the seeker, that sought is attained- the boon. Every tapas is unique in its discipline, methodology, mantras and process. Tapas is usually undertaken with the advice and directions of a Guru. 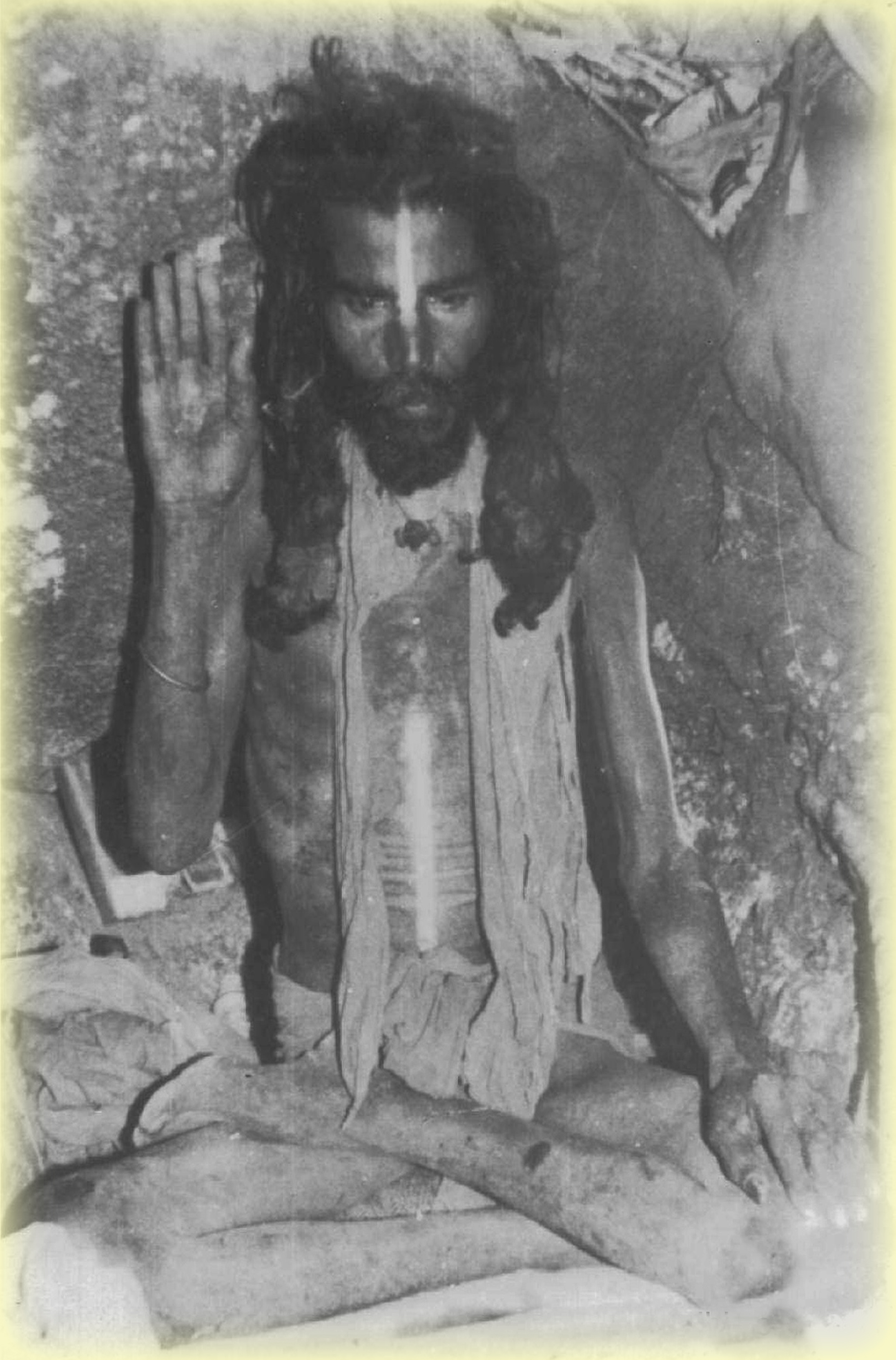 Picture of Siddha Guru Ayya in tapas in a cave on Arunachala mountain.

My Guru Ayya did his tapas for 18 years in a cave near the peak of sacred mountain Arunachala. Through the entire time he sat without moving, he drank a cup of milk a day in absolute silence. He transcended sleep to step into the yogic mind state of turiya, called the sleepless sleep. Anyone who received his mantra and sat near him received his awakening grace. Guru Ayya’s potent awakening grace of tapas was conveyed through his mantra. [Utilizing Guru Ayya’s mantra chants along with his other Gurus who are in tapas, Nandhiji created his debut Siddha chant music Album Cave of the Siddhars that is noted to have broken the enlightenment thresholds in kinesiology calibrations. ]

His power of tapas worked with laws of nature. Many of us who climbed up the mountain to spend moments with Guru Ayya did experience his miracles in different ways. One of the miracles experienced would be- witnessing rainfall heavily all around Ayya and the small area where his devotees gathered with not a drop of rain touching anyone. A visit to be with Ayya was always a lifetime experience to be carried! After visiting Ayya, the devotee felt Ayya’s sacred presence and were witness to miraculous realities prayed for.  It was the power of tapas that Ayya had built through the many years of austeries that now was with each of us who connected with Ayya through his mantras.

In the times of India’s freedom struggle, Mahatma Gandhiji’s power of tapas was visible.  Gandhiji was known for his rigid daily prayers and fasts. His tapas power was self evident when the British would often wonder how huge crowds would gather sometimes before Gandhiji’s arrival. Gandhiji often made spontaneous decisions to travel. In those days communications was only through telegrams that was slow and most of these locations were not connected by phone. When Gandhiji called for the Salt March, the No-Cooperaton Movement,  Non-violence etc, whole of India readily became One- to observe the freedom struggle collectively. It was as though Gandhiji was speaking  to each Soul. It was Soul Power- the work of tapas.

In today’s world of yoga when a practitioner does physical yoga postures working with breath, the mind naturally stills down and attains greater focus with clarity. The pristine mind as benefit of yoga is like drops of nectar adding to enrichment of experience. When experiencing this mind potency, doing yoga becomes a daily practice due to joys of attaining a happy mind and discipline sets in to have more of joys. Life realities catch up to our daily sadhana, or spiritual practice. The yoga practitioner now realizes that the realities of external world can be created from within, and real peace can be created with actual realities manifested. As the journey within yoga continues, the drops of nectar now becomes the honey pot, as the the seeker becomes a yogi. By doing yoga and other spiritual practices, consciously and unconsciously our yoga evolves to igniting tapas within- the perpetual Source connectivity with Kundalini fires awake.

As a yogi, each breath is with awareness, Source connected through mantra fires. Mindfulness, awareness and optimal thoughts now are the gifts of the evolved state of mind. With tapas, the yogi becomes a vortex of higher vibrations. In a yogi’s presence healing, calm, harmony, love and goodness simply happens as the power of tapas, the inner fires, is actively recreating dynamics of realities.

With daily yoga practice, the power of tapas will awaken of its own accord through the yogi’s awareness of each breath, Source connectivity and life’s challenges. One could enhance their spiritual practice and experience the state of tapas by chanting the ancient mantras of my Gurus, wherein each sacred sound comes from intense tapas of the inner fires.

To be in tapas is to be the reflection of Source. As a yogi, uplift humanity! 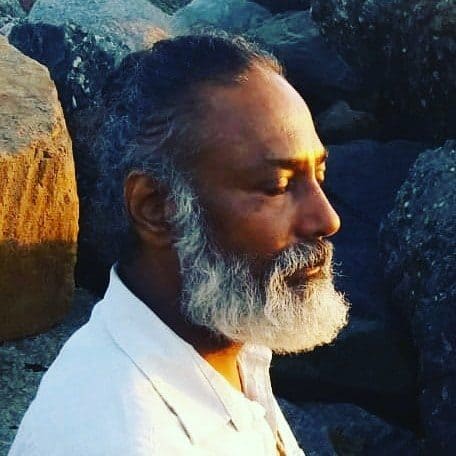 I feel a little bt i want to go further…

Grateful, Divine Brother Nikhil.
We wish to share more info on Mastery of Consciousness Teachings- yoga, music, book and meditation of Nandhiji.
Please email us your location so we can respond with our info. Our email awake@nandhi.com